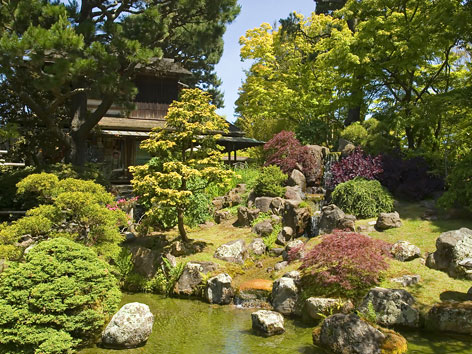 There’s no shortage of stunning walks in San Francisco, and quad-burning hills to make you feel like you’ve earned those eats. Follow the Barbary Coast Trail for a taste of San Francisco Gold Rush history, as well as a crash course in some of the major tourist attractions (including Chinatown, North Beach, and Fisherman’s Wharf). You can do the 3.8-mile walk with a guide ($25 per person) or navigate the stops on your own (more time to stop for snacks that way!). Golden Gate Park is San Francisco’s largest, and is home to multiple museums, the Conservatory of Flowers, and the Japanese Tea Garden. The 1.588-square-mile park has ample trails to walk, though, if you’d prefer to remain outside—if you keep heading west, you’ll find yourself at the Pacific Ocean. Also hugging the coast is the Land’s End, a gorgeous patch of wilderness on the northwestern tip of the city. There you’ll find multiple trails, and some of the most beautiful views of the ocean and the Golden Gate Bridge beyond. Speaking of the Golden Gate, you can walk across (bike too; see below) the eastern side, about 1.7 miles each way.

San Franciscans love their bicycles and aren’t afraid to show it. You can rent wheels for the day at multiple spots around the city, including Blazing Saddles (multiple locations including 217 433 Mason St., betw. Geary & Post Sts., map) and The Bike Hut (Pier 40, at Embarcadero, map), or take advantage of the city’s new bike share program. Where to go once you have the wheels? Follow The Wiggle (a famed bike path that lets you avoid some of the city’s more daunting hills) from Market Street up to Golden Gate Park, then cruise through the park out to the Pacific. Bike across the western side of the Golden Gate Bridge; from there, you can huff it up to the Marin Headlands or cruise downhill into Sausalito (where you can catch a ferry back to the city with your bike if you’d prefer a one-way trip). For a more low-key ride, cruise along the Embarcadero, a wide-open boulevard that hugs the San Francisco Bay, from the Golden Gate Bridge to AT&T Park, home of the San Francisco Giants.

If you’re a runner, all of the above routes are jogger-friendly, too—you’ll see locals out in packs, undertaking short three-mile jogs, or training for upcoming marathons. Looking to get out in nature? You’ll find amazing hiking trails in all directions: Mount Tamalpais and the Marin Headlands are to the north; Mount Diablo is to the east; and the Skyline Trail is to the south.