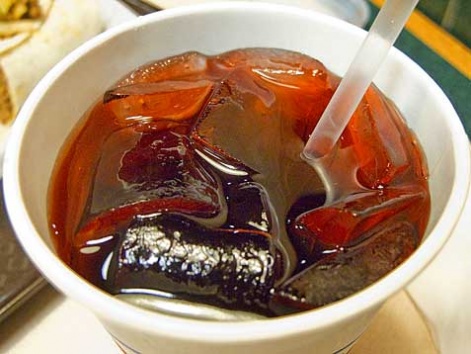 What: The loganberry, a blackberry-raspberry hybrid accidentally produced in California in the 1880s (so the story goes), achieved success as a juice in Ontario and Western New York, and nowadays there’s hardly a soda-fountain machine in town that doesn’t include the loganberry drink (though it is not carbonated). In Buffalo, common brands you’ll find at area restaurants include Aunt Rosie’s (distributed by Pepsi-Cola out of Buffalo) and Johnnie Ryan (from Niagara Falls, NY), which uses cane sugar instead of corn syrup. Red in color, the drink has a slightly syrupy texture and is very sweet.

Good to know: The Ted’s Hot Dogs chain (multiple locations including 7018 Transit Rd., Williamsville, map) not only has great hot dogs; it also serves a thick and creamy loganberry shake.