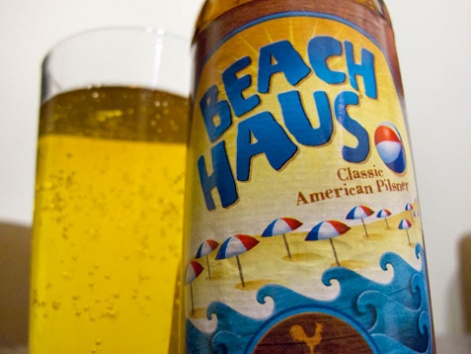 What: The Jersey Shore—long the domain of Miller and Coors, where Sam Adams is often the only “craft beer” you’ll find in bars—finally has a few local brews to call its own. First there’s Beach Haus, founded in 2007 (under the East Coast Beer Co.) by two local longtime buddies, with a bunch of beers and a Belmar brewery under its belt. 2011 saw two breweries open: Ocean Township's Kane Brewing, making unfiltered, unpasteurized American- and Belgium-style beers; and the buzzy Carton Brewing of Atlantic Highlands, with its decidedly nontraditional, experimental approach to brewing (think GORP-inspired ale, a green apple wasabi sour, a salted ale designed to bring the flavors of panzanella to mind).

In 2014, Belford Brewing Co. in Middletown came on the scene, and late that year, Little Dog Brewing joined the party from its base in Neptune, launched by the former female brewmaster at Red Bank’s Basil T’s brewpub (see Alternatively section at bottom). Like elsewhere in the States, more breweries have opened since, and it's no longer an odd question to ask “what's local?” at any Jersey Shore bar or restaurant you visit. We highly encourage you to do so!

Where: One of the first local craft beers to show up here was Beach Haus Classic American Pilsner, the company's flagship brew, so we picked up a six-pack to photograph from liquor store Spirits Unlimited (multiple locations including 3200 Rte. 88/Lakewood Rd. at Bridge Ave., map) in Point Pleasant; we’ve also thrown back more than a few drafts of this at River Rock (1600 Rte. 70), along the Manasquan River in Brick. This beer, a golden pilsner (termed “pre-Prohibition style” for its use of all-American ingredients, including Mt. Hood hops), is smooth and full-bodied, light but flavorful, and ideal for post-beach quaffing—a terrific hand-crafted alternative to the mass-produced muck so common around here.

Good to know: Drink this beer at the source by visiting Beach Haus's new brewery in Belmar (801 Main St., map), currently open for tours and tastings (generally 6-7 beers will be on tap) Thurs, 4pm-8pm; Fri, noon-8pm; Sat & Sun, noon-7pm. It's a big, beautiful space with an outdoor second-floor terrace, just a few blocks from the beach.

Alternatively: Please note this list is by no means exhaustive.

Brewpubs: The Shore area has two Italian grill-cum-brewpubs offering a variety of handcrafted beers: Basil T’s (183 Riverside Ave., map), near the Navesink River in Red Bank, and Artisan’s (1171 Hooper Ave., map) in Toms River, across the bridge from Seaside Heights. Both places have a somewhat stuffy, Olive Garden feel—and the beers tend to be nothing extraordinary—but if you’re in the area and want something different, they’re good spots to get a sampler and try some new brews.