If you are looking for traditional American/Oklahoma food, Jimmy's Round-up Cafe + Fried Pies is the place! Try a (deep) fried pie (cherry, apple, coconut and more) while you are there. Jimmy’s... Read more 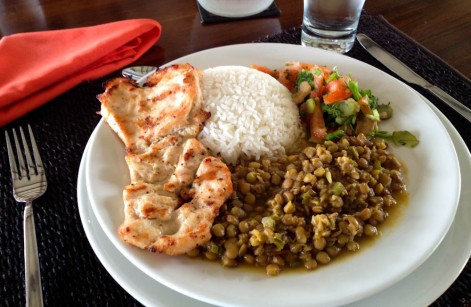 This is one of the most typical Ecuadorian meals you are likely to find all over the country. The meat portion might be chicken, beef or even a pork chop, but the sides will remain consistent in most places. What makes it typical is the "menestra de lentejas" served as a side. This "menestra" is basically a mild lentil stew. So rich in proteins.