<< back to foods in Mexico City 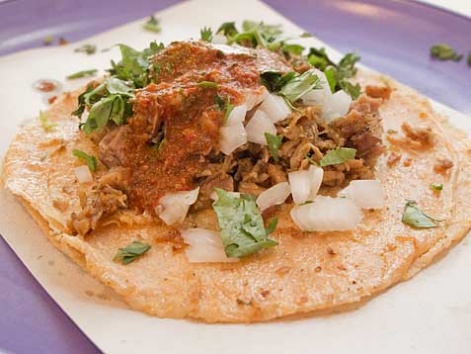 What: Though hailing from the east-central state of Jalisco, birria—spicy, stew-like marinated lamb or goat (and sometimes beef)—is pretty popular in Mexico City, where it’s often served as a taco and offered with a side of consomé, a broth. Prepared this way, the meat is slow-cooked, super moist, well-sauced—and melt-in-your-mouth delicious.

Where: Our picture is from a birria street stand in el Centro Histórico called, appropriately, Ricos Tacos de Birria (Calle Vizcainas nr. Lázaro Cardenas, map), which specialized in birria made of cabeza de res, or beef head. The vendor explained that birria, though traditionally made of lamb or goat, refers more to the preparation and sauce than to a specific type of meat. Whatever the case, this taco was delicious.

Order: Un taco de birria (6p), served with diced onion, cilantro, and a tasty red salsa with a nice kick. Consomé is gratis should you request it.

Alternatively: You’ll see lots of birria signs around town. In el Centro, try Taquería Tlaquepaque (Independencia 4, map); named for a town in Jalisco (near Guadalajara), it is known for its lamb and goat birria. 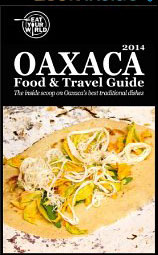