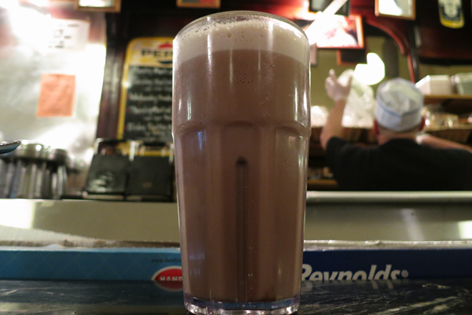 Egg creams are perhaps my favorite thing to insist that visitors to New York try, because no one ever knows what the hell they are—in fact, I know far too many residents here who aren’t familiar with them! The first point to clarify is that there are no eggs in an egg cream, nor is there cream. That’s an important distinction, as many people are immediately turned off by the drink’s name. (Which doesn’t make sense in a country that loves Cadbury creme eggs, but I suppose it is a fear of consuming raw eggs.)

It’s not clear why they are called egg creams or who exactly invented them, though it was most likely a Jew, probably in Brooklyn. A few years ago, The New York Times outlined some of the competing origin stories, as well as some explanations for its name—possibly they were originally made with egg and cream, pricier ingredients cut out during the Great Depression; or maybe the name comes from the Yiddish for echt cream, which means “real cream.” We’ll never know for sure. No matter, though: We do know what the egg cream is today, and that is a simple soda-fountain creation of cold milk, pressurized seltzer (not poured from a bottle), and chocolate syrup…though not just any chocolate syrup; it’s gotta be Fox’s U-Bet, a thin syrup with early ties to the drink. That is one purists’ rule we agree with.

We also know they’re delicious: light, frothy, and chocolaty-sweet. Egg creams are a pleasure to drink—an innocent little party in a glass, like a milkshake without any of the heaviness—whether you’re a child, a nostalgic adult, or, I don’t know, a pregnant woman who wants liquid chocolate pretty much daily. But they’re especially great at the dying breed of old-timey soda-fountain throwbacks you can find around town, where it’s not too difficult to imagine the days of 10-cent lime rickeys and seven-cent egg creams, sweet and bubbly concoctions to make a little kid’s day. Get ’em while you still can. 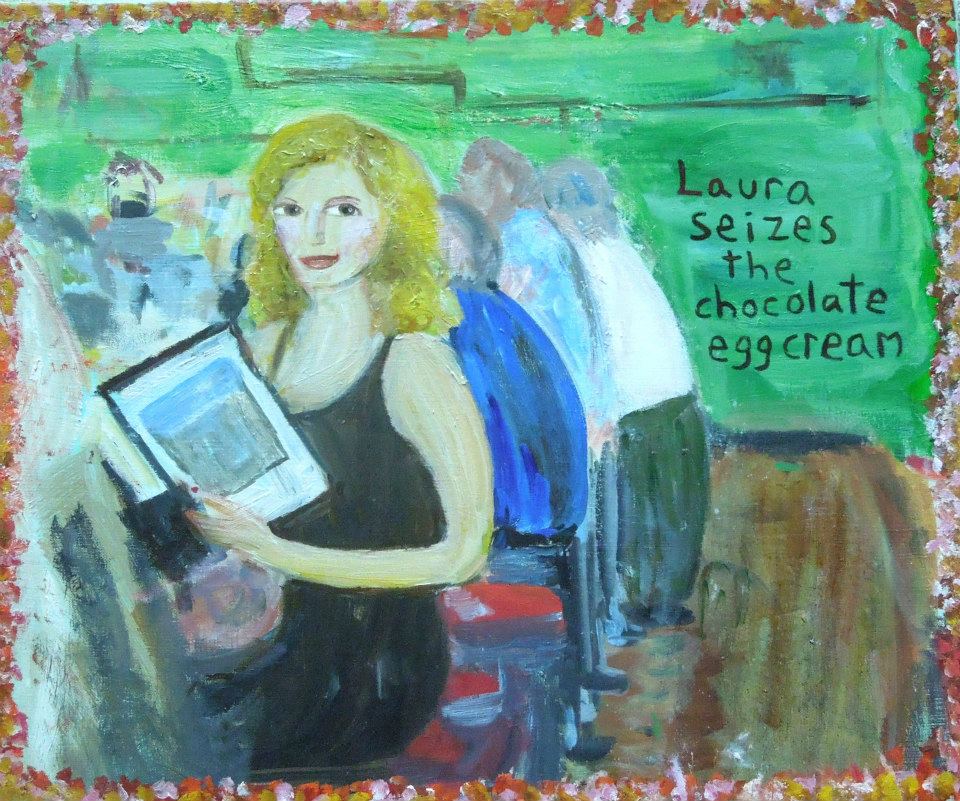 Ed’s note: Laura’s love for egg creams was recently immortalized in a painting by her talented artist friend, Lisa Ferber. She was sitting at the counter of Eisenberg’s Sandwich Shop, a Flatiron luncheonette established in 1929, and indeed had already ordered them two chocolate egg creams.